Ravensworth Estate was the largest and most historical land grant in Fairfax County. The mansion, which had been built in the late 1700s, was destroyed by fire on August 1, 1926. The Ravensworth mansion was the oldest of the three famous Fitzhugh homes of the Annandale area, similar in line to the others: Ossian Hall across Braddock Road, and Oak Hill on Wakefield Chapel Road.

Ravensworth was an extremely handsome home with wide, pillared two-story verandas extending the length of the house, and its landscaping was done with great care. The furnishings were priceless heirlooms of the Lees, Custises, Parkes, Fitzhughs, and Bollings. The walls were hung with probably the finest private collection of early American portraits in existence. Fortunately, many of the portraits had been removed before the fire, and a number were saved during the conflagration, but 17 paintings were burned.

Explore some photographs of the Ravensworth House and Stable, once located at 5200 Port Royal Road, courtesy of the Library of Congress. 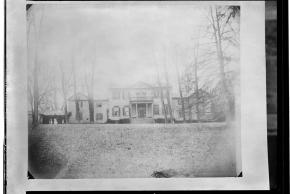 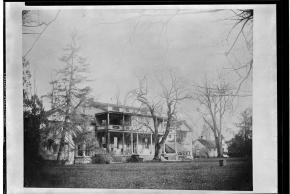 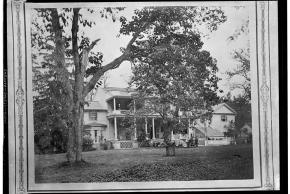 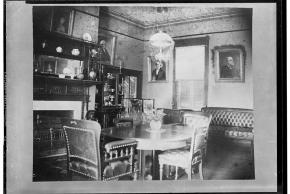 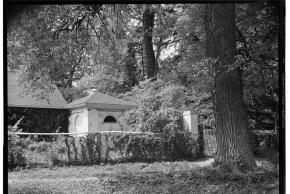 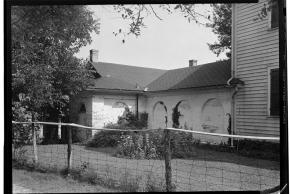 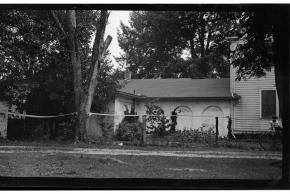 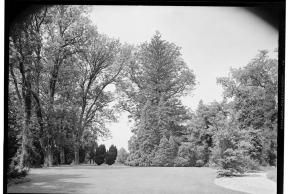 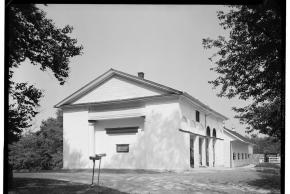 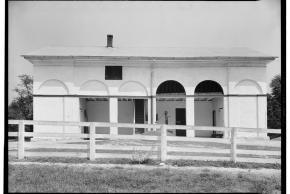 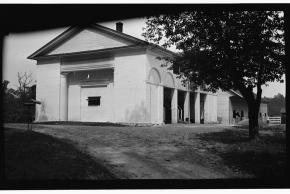 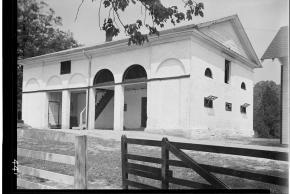 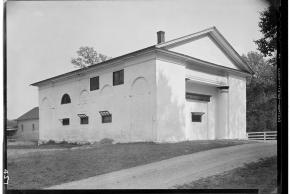 In the late 1600s the plantation which was the background for these homes was granted to William Fitzhugh, originally from Bedford, England. He had settled in Westmoreland County and in 1685 purchased from John Matthews nearly 22,000 acres in what was to become Fairfax County.

William Fitzhugh never lived on his Ravensworth plantation, but secured a party of French Huguenots as tenants and set them to raising tobacco. It was not until the fourth generation that some of the Fitzhugh family lived on Ravensworth land. William Fitzhugh, the namesake great-grandson of the emigrant, was the first of the family to reside at Ravensworth.

According to George Washington’s diary, Mr. Fitzhugh had been spending some time at Ravensworth as early as 1786, so it is assumed that the house was built between these two dates. William Fitzhugh’s daughter, Mary Lee, at the age of 16, married George Washington Parke Custis (Martha Washington’s grandson) and became the mistress of “Arlington House.” William Fitzhugh had also purchased a townhouse in Alexandria at 607 Oronoco Street in 1799, which is family in 1818 loaned to their cousin, the widow of “Light Horse Harry” Lee, and her eleven-year-old son, Robert Edward Lee. William Fitzhugh died in 1809 and was buried at Ravensworth beside his wife, who had died four years before. His son, William Henry Fitzhugh, became a member of the Virginia Constitutional Convention, and it was said that he was headed toward the governorship before he met an early death. He had no children, and his estate went to his wife, Maria, in trust for his sister’s daughter, Mary Anna Randolph Custis, who married her childhood playmate, Robert E. Lee, in 1831.

The War Between the States

As the Fitzhugh’s Alexandria home had been a haven for young Robert E. Lee and his widowed mother, Ravensworth would thrice more shelter his loved ones in time of distress. Two years before his marriage, Robert E. Lee had been summoned from West Point to his mother’s deathbed at Ravensworth, where she had been brought by the Fitzhughs when she became ill at her Georgetown home. Upon her death she was buried temporarily at Ravensworth. Ravensworth was eventually apportioned among the Lee children and became the refuge of Mrs. Robert E. Lee and her children at the outbreak of the Civil War. However, Mary Lee soon realized that her presence might endanger her beloved hostess and bring retribution upon the home by the Northern forces, so she departed for her Randolph cousin’s home further south.

Years later, after the war and the loss of her beloved husband, Mary Lee came again to visit “Aunt Maria” at Ravensworth. They made a last pilgrimage to “Arlington House” …the empty rooms… her mother’s tangled and neglected garden! Her death came within the year (1873), Maria Fitzhugh’s the following year. Thereafter, Ravensworth estate was apportioned among the Lee children. The house with 563 acres was allotted to Representative W. H. F. Lee, who died in 1891. He willed his estate to his widow in trust for their two sons, Robert E. Lee III and Dr. George Bolling Lee. Dr. Lee acquired sole ownership following the death of his brother in 1922; he died in 1948. His widow sold the estate in 1957 for development, and remains in the family cemetery were removed to Fairfax Cemetery across from Truro Episcopal Church. Today the land known as the Bristow Tract holds many major subdivisions including Springfield, North Springfield, Bristow, Ravensworth Farm, and West Springfield.