In 2005, Mary Lipsey, a historian and retired Fairfax County Public Schools teacher, interviewed Ruth Miller for Braddock Heritage. Miller, who taught a combined class of second and third graders at Ravensworth from 1962-1964, shared some memories from the first year at Lincolnia.

That was an older school, and had large classrooms. My room was on the corner of the building, and I had a door out to the playground, which was marvelous, and lots of shelves. And being a science major, I encouraged children, or they just naturally had an interest, they’d bring in milkweed pods or bird nests, and I’d just put them on all the shelves. It was just marvelous.
~ Ruth Miller, Braddock Heritage Interview

Ravensworth Elementary School was designed from 1961-62 by the architecture firm of Victor B. Spector & Associates, and was constructed from 1962-63 by general contractor M. L. Whitlow, Inc., at a cost of $469,000. The building originally had just 16 classrooms and a multi-purpose room which functioned during mealtime as the cafeteria. The library was originally located on the second floor above the main office.

Ravensworth Elementary School was constructed during the period known as the Cold War—a time when the threat of nuclear war between United States and the Soviet Union (U.S.S.R.) seemed imminent. Once a week, public schools in Fairfax County conducted air raid drills, and students practiced what to do in case of an attack by the U.S.S.R. The State Board of Education strongly urged local school divisions to construct shelters in new school buildings, so during the planning process for our school the Fairfax County School Board directed the architect to plan an alternate design to include a basement level with a fallout shelter. The plans were shelved in January 1962, when, by a vote of three to two, the School Board decided against building a shelter at Ravensworth.

Ravensworth Elementary School opened during the post-World War II period known as the baby boom. In September 1960, there were 59,870 students enrolled in FCPS. By September 1970, enrollment had swelled to 133,362 students.

The first addition to Ravensworth Elementary School was constructed in 1963. Four classrooms, two on each floor, were built on the northeast end of the building. A single-story addition of six classrooms, connected to the four story addition, was constructed in 1966 at a cost of $88,000, increasing the pupil capacity of the building to 780 students.

Did you know that when Ravensworth Elementary School first opened there were no kindergarteners in our school? During the 1967-68 school year, a kindergarten program was piloted in several schools and proved so successful that one year later FCPS added kindergarten county-wide. Ravensworth opened its doors to the five-year-olds of our community in September 1968. FCPS enrolled approximately 8,000 children in kindergarten that year.

From 1970 to 1977, enrollment at Ravensworth fell from 719 to 374 students. As enrollment declined, FCPS administrators reallocated four of Ravensworth’s vacant classrooms for other purposes. A letter written by the Parent Teacher Association (PTA) President of Ravensworth in 1974 indicates that one classroom was being used to house FCPS Human Relations staff, another was being used by county and state auditors, and two rooms were being used as storage space for materials from Woodburn Elementary School.

Originally the Ravensworth attendance area only encompassed the surrounding Ravensworth Farms neighborhood, but in 1977 our boundary was expanded to include the newly established and planned neighborhoods of Fox Lair and Signal Hill in Burke. After the boundary adjustment, enrollment gradually increased, and our population maintained a steady average of approximately 520 students throughout much of the 1980s.

From 1963 to 1988, Ravensworth Elementary School did not have a gymnasium. Students of the 1970s attended physical education classes in “The Little Red Schoolhouse,” a portable classroom trailer that was located where the School Age Child Care (SACC) classrooms are today. As early as 1971, Ravensworth’s PTA lobbied the School Board to construct a gymnasium and classrooms for art, music, and science. Funding finally became available for a gymnasium and music room addition in 1986. Construction began during the summer of 1987 and was completed the following spring.

In 1988, voters approved the sale of bonds that funded the first building-wide renewal of Ravensworth Elementary School. A $2.1 million contract for the renovation was awarded by the School Board to the Hess Construction Company in December 1989. During the renewal, air conditioning was added throughout the building for the first time, and a new media center was constructed.

In January 1984, Janet Keith was succeeded as principal by Nancy C. Burnett, who led Ravensworth through May 1987.

Our seventh principal was Marilyn J. Helvie. She was appointed principal of Ravensworth in July 1987 and led our school until 1995. During her principalship, Ravensworth became one four schools chosen to pilot a new Spanish Partial-Immersion Foreign Language program. 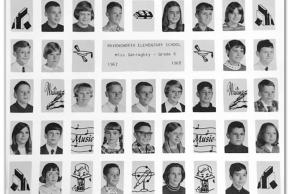 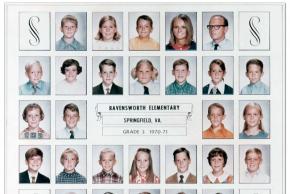 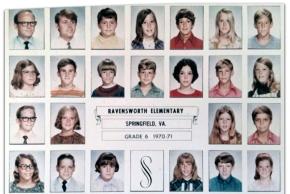 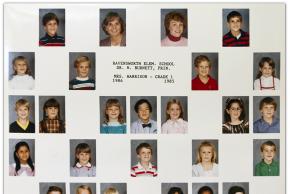 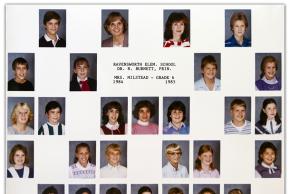 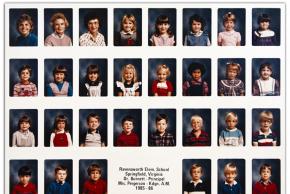